Empathizing with our “Enemies”

In this moment, one of the things to which we must attend is the relationship of ends and means. Those of us who see a culture marked by division and hatred, and who long to contribute to healing, can’t think only about our final goals, but also the strategies we take up to achieve them.

In my own world of Catholic faith and education, then, I’m looking not only toward the renewal of truth pursued in love, but also considering carefully the question of what qualifies as fully Catholic strategies to get there. 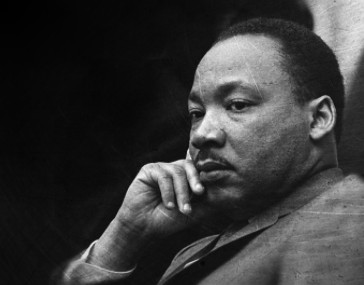 In this long and tumultuous week just past, my attention was turned again to the work of Martin Luther King, Jr. Next week, my students and I will read King’s “Letter from a Birmingham Jail,” and yesterday, I spent an hour with a hundred or so of them, talking about his commitment to nonviolent resistance. I couldn’t help thinking of the way that King’s Christian grounding included the fact that he, like Jesus himself, saw “the means” as an indispensable part of “the goal.” And I couldn’t help thinking of our own situation.

Six principles can be discerned in King’s work of nonviolence (and are especially clear in his first book, Stride Toward Freedom).

In these difficult and confused days, what would our life together look like if it were shaped by these commitments? Would be interested in hearing your thoughts in the comments below.

See TheKingCenter.org for more information on nonviolence resistance, and if you have a few minutes, take a look at King’s Letter from a Birmingham Jail. Well worth reading—or rereading.